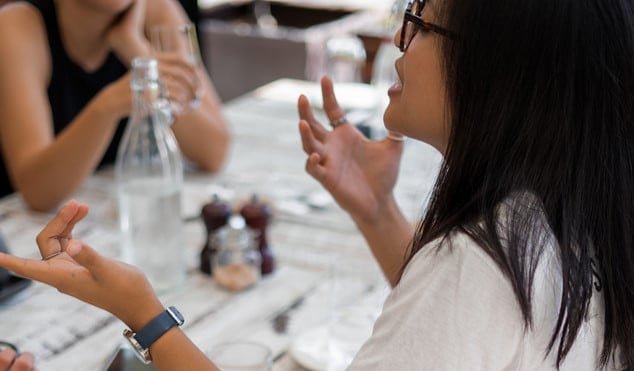 Hands up if you enjoy tough conversations.

That’s what I thought. Not something that leaps to the top of the list for many people.

Whether you’re in a leadership role or not, we all, at some point, need to have conversations with others that we don’t relish, and don’t want to deliver.

It starts before it starts

What’s your overall relationship like with the person? What are you thinking about the conversation? What you’re perceiving as a challenge may not be, if you have the right foundations to work on, and take a coaching approach.

Let’s take Paul as an example.

Paul has been managing Priya for around 2 years. He’s built up a great working relationship with her, getting to know Priya’s likes/dislikes, her family and personal circumstances, her strengths and her weaknesses. They have regular 1-1s and Paul shares broader context about the working environment, and shares the priorities of the team.

He knows that Priya is meticulous in her work, and needs to speak to her now about her current project where a stakeholder has flagged an issue with a presentation Priya gave earlier in the week which seemed to contradict the stakeholder’s understanding of the deliverables.

Paul decided to book in a quick catch up with Priya to ask how she thought the presentation landed. He then gave some positive feedback on her thought processes, and asked her to explain a little more about how she thought it had landed with her stakeholder. At that point, she said she didn’t know and looked uncomfortable and as if she’d been caught out.

With tact, Paul reassured her that she was thinking about a wide project which was new to her, and not knowing wasn’t the end of the World. Then encouraged her to pick up a conversation with them. He then also asked her to share her thoughts about what the key deliverables were, and let her know that they differed from the actual deliverables – and they jointly worked through the next steps of how she’d contact the stakeholder and make some changes.

Looking back at this example, we can see there are many reasons why Paul’s approach has landed well and avoided becoming a challenge:

Having the right mindset

Your mindset will determine how you approach the conversation. Paul clearly has respect for Priya and her work, wanting her to be successful. This positive view of Priya means his words and actions are more likely to convey that to her, and she’ll perceive this conversation as less of a threat.

Typically, even though she may feel shame or disappointment for not living up to her high standards, she’s more likely to be receptive and take the messages on board.

Your mindset and approach to the conversation itself also plays a large part in how it will play out. When we think of anything as ‘challenging’ ‘difficult’ or ‘hard’ we are priming our brains to look out for danger. We become more anxious and likely to respond in one of two ways:

When we focus on landing an honestly told message with the intent to help (as opposed to taking frustrations out on other people), we avoid the extremes above. This enables us to be clear, and direct whilst caring about the person, so our message is less distorted and more easily understood.

In a situation where there has been investment in the relationship ahead of the conversation, and you have a positive view of the person and the conversation, you can probably get away with using most words and phrases. That said, there are several ways you can reduce any excess emotion which only serves to help.

Many studies have shown that when people have the words that make the conversation easier, they are less fearful and more inclined to just give it a go.

THE most powerful piece of advice I ever received was this. We don’t have to be owned and driven by our emotions, we can always choose how to respond. For some of us, an emotional response or reaction is all we’ve known or experienced, so this concept may seem a little strange at first.

It starts by being aware of our emotions, and our triggers. So if you have a conversation coming up with someone who frustrates you, or knows how to push your hot buttons (spoiler alert – we don’t actually have hot buttons – they’re merely a psychological construct) you can plan ahead for how you’ll manage your reactions.

The most simple thing to control your response, if you can feel yourself getting angry or frustrated, is to say nothing. Take a deep breath, pause, and start counting to ten, breathing in and out slowly.

You could say something like “Let’s take a break for a few minutes and come back to this” and give yourself some physical and mental breathing space.

Just know that someone else’s actions or behaviours do not cause you to act in a certain way. You always make that choice, albeit often quickly and subconsciously. If you don’t like how you react, you can learn ways to control your emotions and thinking to respond in a different way.

There are a number of books or websites that will give you ideas and help you move forward – although it’s often not until you try and put it into practice that you really start to learn!

Radical Candor – Kim Scott. A practical book to help you land honest guidance, and so much more. Former silicon valley leader with plenty of advice and tips.

How to say anything to anyone – Shari Harley. A 15 minute whirlwind of candid and funny feedback advice, with an 8 step process you can use for the really HARD stuff!

Have a go! Start small with a lower risk conversation that you’ve been putting off. Try out some of the suggestions here, and then see what response you get. If you don’t get a great outcome, reflect back on what you were doing, saying and thinking. What could you change for next time?

Our Challenging Conversations workshop might be just the thing for you.

Alternatively, our coaches are skilled at working with people who find conflict and confrontation difficult, and can work with you 1-1 to overcome your fears or alter your unhelpful thinking patterns

NextHow to build your influence and impactNext